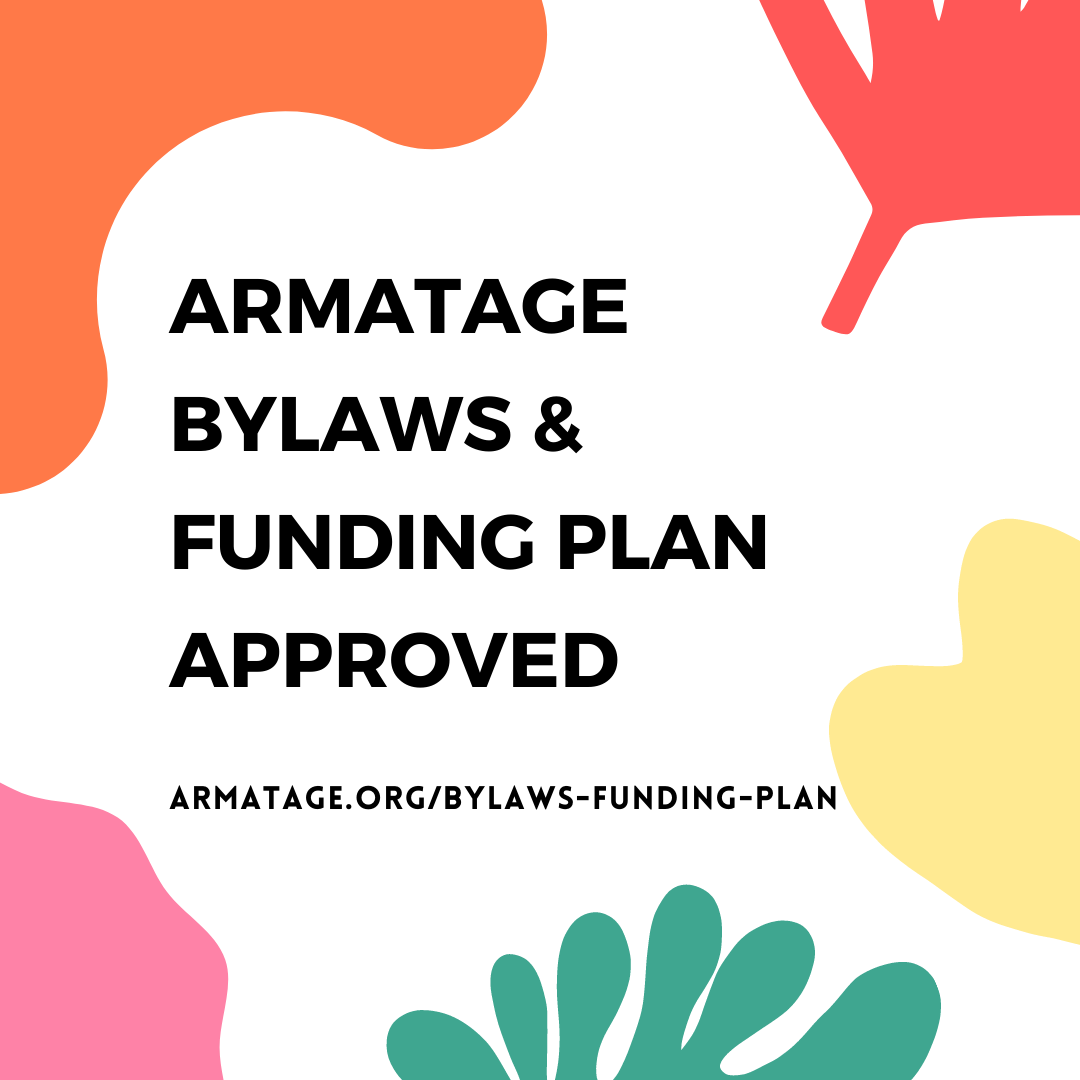 Thank you to everyone who weighed in on the new Armatage Neighborhood Association Bylaws and Funding Plan (also called a Plan Modification).

Both the new Bylaws and the Funding Plan that shifts $65,000 in funds from repaid home loans to the neighborhood’s community engagement and staffing reserves were approved by the ANA Board on October 19, 2021.

Read through the new bylaws here.

The ANA held a public comment period from September 15 – October 15 to get input from the community on the proposed Bylaws and Plan Modification. Feedback was overwhelmingly positive on both and gathered through an online voting form that was posted on this page and at the Meet Your Community Helpers event on September 25.

The ANA Board met to discuss the community feedback received and make a final vote to approve on October 19. Thank you to everyone who took the time to weigh in and make their voice heard!